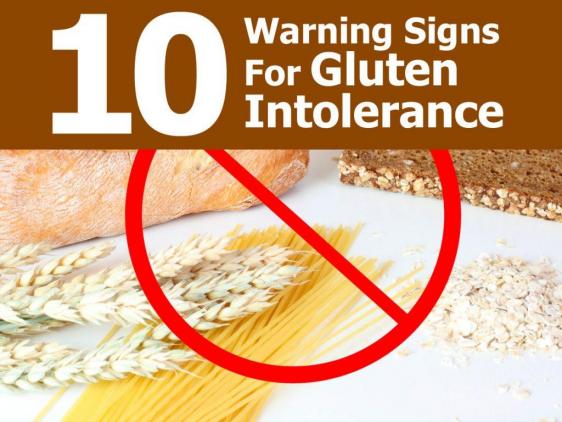 More than 55 diseases have been linked to gluten, the protein found in wheat, rye, and barley. It's estimated that 99% of the people who have either gluten intolerance or celiac disease are never diagnosed.

1. Digestive issues such as gas, bloating, diarrhea and even constipation. I see the constipation particularly in children after eating gluten.

2. Keratosis Pilaris, (also known as 'chicken skin' on the back of your arms). This tends be as a result of a fatty acid deficiency and vitamin A deficiency secondary to fat-malabsorption caused by gluten damaging the gut.

3. Fatigue, brain fog or feeling tired after eating a meal that contains gluten.

5. Neurologic symptoms such as dizziness or feeling of being off balance.

6. Hormone imbalances such as PMS, PCOS or unexplained infertility.

8. Diagnosis of chronic fatigue or fibromyalgia. These diagnoses simply indicate your conventional doctor cannot pin point the cause of your fatigue or pain.

9. Inflammation, swelling or pain in your joints such as fingers, knees or hips.

10. Mood issues such as anxiety, depression, mood swings and ADD.