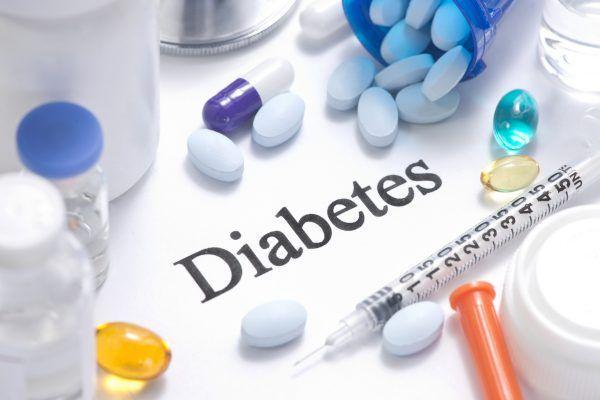 The three main types of diabetes are

Type 1 diabetes is an autoimmune disease. An autoimmune disease results when the body's system for fighting infection (the immune system) turns against a part of the body. In diabetes, the immune system attacks the insulin-producing beta cells in the pancreas and destroys them. The pancreas then produces little or no insulin. A person who has type 1 diabetes must take insulin daily to live.

At present, scientists do not know exactly what causes the body's immune system to attack the beta cells, but they believe that autoimmune, genetic, and environmental factors, possibly viruses, are involved. Type 1 diabetes accounts for about 5 to 10 percent of diagnosed diabetes. It develops most often in children and young adults, but can appear at any age.

Symptoms of type 1 diabetes usually develop over a short period, although beta cell destruction can begin years earlier. Symptoms include increased thirst and urination, constant hunger, weight loss, blurred vision, and extreme fatigue. If not diagnosed and treated with insulin, a person with type 1 diabetes can lapse into a life-threatening diabetic coma, also known as diabetic ketoacidosis.

Type 2 diabetes is increasingly being diagnosed in children and adolescents. However, nationally representative data on prevalence of type 2 diabetes in youth are not available.

When type 2 diabetes is diagnosed, the pancreas is usually producing enough insulin, but for unknown reasons, the body cannot use the insulin effectively, a condition called insulin resistance. After several years, insulin production decreases. The result is the same as for type 1 diabetes--glucose builds up in the blood and the body cannot make efficient use of its main source of fuel.

The symptoms of type 2 diabetes develop gradually. Their onset is not as sudden as in type 1 diabetes. Symptoms may include fatigue or nausea, frequent urination, unusual thirst, weight loss, blurred vision, frequent infections, and slow healing of wounds or sores. Some people have no symptoms.