Home Blog Another reason to stay active as we age

Another reason to stay active as we age 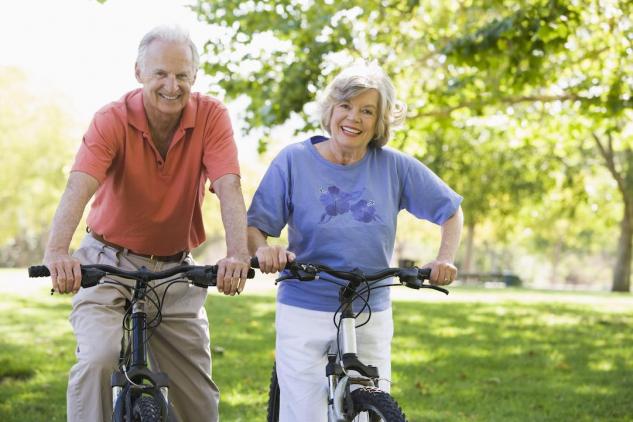 If you're an avid runner, logging dozens of miles every week and you happen to be over 65, odds are you're burning oxygen at nearly the same rate as a runner in her 20s.

Scientists call this rate of oxygen consumption "running economy" and a new study by HSU Kinesiology Professor Justus Ortega and his colleagues at University of Colorado, Boulder is helping define the benefits of maintaining a running habit well into one's senior years.

The study was published recently in Medicine & Science in Sports & Exercise, the official journal of the American College of Sports Medicine.

Previous studies indicated that running economy worsens as people age because muscles imbalances develop, resulting in muscles that are working against each other across body parts, or because overall muscle efficiency decreases.

However, these studies only surveyed people up to 61 years old. This new study takes a look at runners over the age of 65 and how their bodies cope with the demands of the sport.

Researchers found that individuals who maintain an active jogging habit into their senior years are spending nearly the same amount of metabolic energy as a 20-year-old. But what about those don't jog? What's causing those non-active seniors to see such increases in the metabolic costs of moving?

"Our prior research suggests that the muscles themselves are becoming less efficient. I like to think of it as your body is like a car with a fuel efficiency level," says Ortega. "Your body has its own fuel efficiency and what we've seen is that the fuel efficiency in muscles is reduced in older adults who are sedentary or only walk occasionally.

The present study looked at running economy and mechanics 15 young runners and 15 older runners. Each participant had a history of running at least three times per week for a minimum of 30 minutes per session over a six-month period.

The study's trials took place on a specialized treadmill, which read the amount of force a user applies to the running deck. Participants ran 5-minute sessions, at 2.01, 2.46 and 2.91 meters per second (4.5-6.5 mph.

Researchers found that despite differences in running mechanics, older runners consumed metabolic energy at a similar rate as young runners across the range of speeds. Essentially, these older runners maintain a youthful running economy into their 60s. However, researchers did find differences in the biomechanics of the two age groups, indicating that older runners adjust their techniques as they age, but still maintain youthful energy levels while exercising.

Future studies are aimed at determining whether other choices of exercise can have the same effect on increasing muscle efficiency that running does and whether a sedentary individual can reap the same benefit if they decide to become more active. "There's good evidence that it's never too late to get into exercise, it's about finding what types of exercise are right for your body," says Ortega.