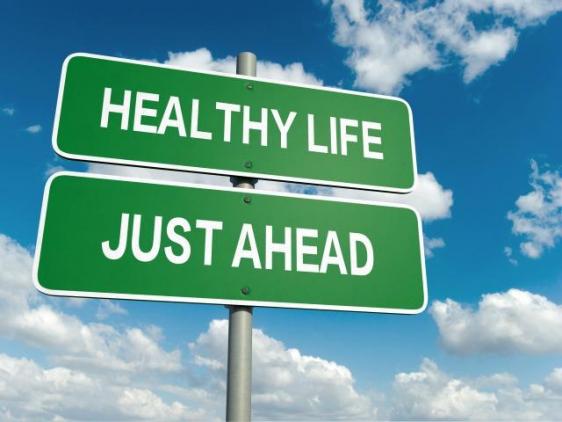 Take a shortcut to a better you with habits that provide a double dose of wellness. We do a zillion things at once, so we ID'd eight moves that provide a good-for-you one-two punch. That means in the time that it takes to do one thing -- like hit your favorite fitness class or grill up an omega-3-rich salmon fillet for dinner -- you'll reap twice the benefits. Give yourself a pat on the back for those you already practice and incorporate the others into your routine.

4 Perks of Your Healthy Habits

It's no secret that taking care of your pearly whites is good for your heart. Bacteria from gum disease may enter your bloodstream and trigger an immune response that causes arteries to swell, constrict, and collect plaque, all of which increase your chance of having heart problems. But it's not only your habits at home that count. A study from the University of California, Berkeley, found that women who see a dentist twice a year cut their risk for stroke, heart attacks, and other cardiovascular problems by at least a third. 'Gum disease is as bad for your heart as high blood pressure and high cholesterol. Because it has few warning signs, most women don't know they have it until their dentist tells them'. Women with gum disease should see a periodontist (a specialist in gum disorders).

We all want Jennifer Aniston's abs, but that's not the only reason to rock the plank. 'A strong core stabilizes your hips and pelvis when you run, enabling you to go faster and farther'. In a study in the Journal of Strength and Conditioning Research, runners who did six weeks of core training had significantly faster 5K times than those who didn't. But it doesn't just put more pep in your step. 'When your core is weak, the legmuscles fatigue at a much faster rate'. Your body compensates by engaging other muscles to pick up the slack. Eventually this can lead to muscle-tissue breakdown and an increased risk for injury. Incorporate core exercise, like planks, into your strength-training routine two to three times a week.

Researchers are still discovering the many benefits of omega-3 fatty acids, which are found in fish, nuts, and oils. For starters, it's known that these fats lower triglycerides and improve heart function, and they may boost memory. Now a study in the Archives of Ophthalmology suggests they may protect your peepers. Even if you have 20/20 vision, your eye muscles become less flexible with age, making focusing more difficult. You also run the risk of developing age-related macular degeneration. This leading cause of vision loss in older adults develops when oxygen molecules called free radicals damage the tissue that lines the back of the retina. Eating fish, particularly fatty varieties like salmon, sardines, and mackerel, twice a week may help. Experts advise consuming at least 1 to 1.6 grams of omega-3s a day -- the amount in a fish-oil supplement or about 4 ounces of fish.

Cigarettes damage your heart and lungs. But did you know they're also bad for your brain? One study shows that former smokers have better memory skills than people who still light up. "Inhaling high levels of carbon monoxide from tobacco smoke may diminish the amount of oxygen-rich blood reaching the brain," says lead researcher Thomas Heffernan, PhD. In the study, smokers who puffed about 60 cigs a week had 19 percent less memory recall than those who had quit. Even an occasional cigarette is bad news. Smoking just two cigarettes narrows arteries for days afterward. The good news: Being smoke-free for two and a half years ups your ability to remember by 24 percent!

Yogurt is a true superfood: low in fat and caloriesyet high in hunger-fighting protein, bone-building calcium, and stomach-soothing probiotics. Turns out, probiotics also fight the sniffles. A recent review of 10 studies suggests that these good bacteria (look for "live and active cultures" on yogurt-container labels) can reduce your chance of getting colds by 12 percent. But not all yogurts are created equal. A six-ounce container that's premixed with fruit can have close to seven teaspoons of sugar! Stick with the low-fat plain Greek kind (it's higher in calcium and probiotics), topped with fresh fruit and a drizzle of honey, and aim to have one cup a day.