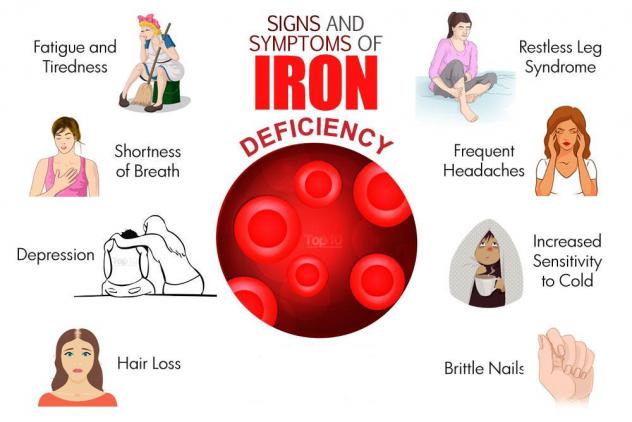 Iron deficiency anemia occurs when your body doesn't have enough iron to produce hemoglobin. Hemoglobin is the part of red blood cells that gives blood its red color and enables the red blood cells to carry oxygenated blood throughout your body. If you aren't consuming enough iron, or if you're losing too much iron, your body can't produce enough hemoglobin, and iron deficiency anemia will eventually develop.

Causes of iron deficiency anemia include:

These groups of people may have an increased risk of iron deficiency anemia: